The use of amulets to decrease sickness is nonsense in every respect. It is true that metal compositions, crystals, and precious stones absorb and hold certain radiation. But they are only partly successful for treating sickness. Primarily, they have worth and can help to avoid much need and misery.

The development of molecular biology on Earth has reached far. There are only a few more understandings needed that will unexpectedly open doors for mankind. Earthly scientists are close to very great discoveries and the concepts from these will result in very great possibilities. Genes are the carriers of hereditary characteristics in the color bodies. Chromosomes are not universally constructed in all living forms. They are distinct and have different numbers according to the kind of creature they are for. Human beings normally have the same number of chromosome pairs. Age is determined by genes. The genes regulate the function of cells and they regulate life, regeneration, and the disintegration of cells via the spirit and brain. Chromosomes define the character, form, and sex of creatures. They are also the essential carriers of the genes, which affect their factorial influences onto the chromosomes and cause them to be normal, mutated, or switch incorrectly according to existing factors.

In Semjase's first contact with Meier, she stated that she knows he is aware of a secret old scripture. The originals were unfortunately destroyed by the carelessness of their commissioner, who was Meier's friend, and who by regret has failed in fear. He is told to diffuse and spread the translation of this scripture, because it is the only one, which is the authentic truth. They know he also writes about this scripture and the truth. They consider it to be the most important book to be written. But, its language will be harsh and will be met with hatred. It only offers the truth to Earth humans, though some speculations are in it. It is finally able to destroy, for many, the madness of religion or at least temper it very deliberately. It is an extraordinary piece of work that Meier ought to make accessible for humanity.

When humans are put to death under a death penalty, it is not advantageous for their development. This is because they cannot fully complete their sub-period and must repeat this period until it has been finally achieved. This means that those entities must live their lives again from the point where the prior life was terminated. Accordingly, their new lives are shorter because they only have to make good what was missed in order to finish the period's goal. This could be designated as hell or a punishment because hell means in truth, nothing more than a self-caused punishment that must be suffered. In other words, this means a self-caused fault that must be made good again. The terms "hell" and "sin" in religious meaning, are pure nonsense. No one should feel guilt when they perform mistakes in life and make good for them by recognizing their faults, agreeing to commit them no more, and obtains from this a certain knowledge and wisdom.

Certain circles of religion have used the events in the Bermuda Triangle region for their own purposes and clothe them in satanic powers. For about two decades, the unexplained events have been additionally used by certain religious and unclear working groups of ufologists to explain them as being caused by extraterrestrials. They have fed credulous people with untrue and false information to further their fantasies, which originate from religions, of dark, satanic extraterrestrial powers as reliable explanations for the events in the Bermuda Triangle. Like the unreal religions, ufology also had to have a form of Satan in order to keep its believers in check. Because their ufology was based on religious grounds, it was also necessary to create two kinds of powers of good and evil, black and white, godly and satanic.

When Meier asks about the appearances of saints, Semjase tells him that she and Asket have already explained about that. Since he has been thoroughly informed about this, she cannot understand why he should ask for this again.

In cooperation with creational laws, each world generates extremely highly developed forms of life from time to time, so that higher standing intelligences can come in touch and transmit certain facts. These extremely high developed forms of life are called prophets on Earth and unfortunately, without exception, are always persecuted and pursued with enmity so that nothing will change. Still today, the prophets on Earth are cursed, slandered, and accused of being deceitful, charlatans, and full of fantasy. This is because earthly humans do not want to listen to the voice of truth and tear themselves away from their wrong realism and materialism. Because of this, the Plejarens only communicate with earthly creatures that satisfy their demands and are receptive. Because there has only been one human on Earth in the last 2,000 years that satisfies their demands, they have had to meet with him according to the laws. No other forms of life can be considered for contact in connection with the mission. There have already been difficulties in understanding in the way that the Plejaren explanations, declarations, and interpretations have been wrongly accepted and evaluated. Meier is the only high spiritual form with which the Plejarens will come in contact with. Because of the way things are, the Plejarens have no need or desire to be realized by anyone else.

In the designation by earthly humans, a prayer means in truth, a wish in the form of an appeal to the spirit in humans for something that is needed. True spiritual humans, whose force, knowing, and ability of their spirit is consciousness, no longer pray. This is because they already live in the knowledge that the almighty force of their spirit is always available to be used. The non-spiritual person is not able to do this and so he must activate his spirit with conscious prayers. Spiritual humans always use the forces and abilities of their spirit quite consciously while non-spiritual humans offer prayers of wishes with devotion and doubts. Their prayers are not directed to their spirit or the Creation, but towards a higher religious power or force, which in truth, does not exist. Prayer dependant human beings cling to their deities, gods, or whatever, but never the Creation. The wrong ways of prayer-dependent humans degenerate into illusions that cause their wishes and appeals to unlawfully force desires into realization.

With his guardian angels, IHWH Arus let the newly created people of Earth worship and adore him as the Creation and his sub-leaders as creational assistants. He established hard and severe laws that always demanded the blood of violators. His son, Jehav, was not much better when he took over domination of the three enslaved races 3,400 years later. He was also called an IHWH and always demanded the blood of all those who violated his laws. 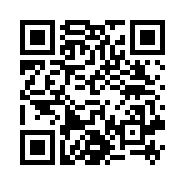