● The departure of the Plejarens

● Predictions and prophecies for Earth

It is so nice to see you again, my friend. Welcome to my lair.

I, too, am delighted to be able to greet you again, Eduard, my friend. I am supposed to convey to you warm greetings and wishes from everyone - especially from all those people you know personally, but also from some you do not even know.

Thanks. I do hope that I will keep hearing from them every now and then - from you as well, of course. Now the year 1995 has begun and with it the time of finishing your tasks here on Earth.

That is correct, but it does not signify that we will also end our contacts with you; our intention is that they shall continue, although much less frequently. It may take many months, therefore, perhaps even a year or two, before one of us can visit you again.

I am certainly pleased about that, because I would really miss all of you very much, especially you, because you were practically the only one in the past few years who visited me. But tell me, when are you people withdrawing all of your crews and materials from our planet?

We have already completed that task, and there is nothing on Earth now that points to our previous existence here, with the exception of the materials in your possession. The last of our people left the Earth approximately 30 minutes ago. Our stations no longer exist either; everything has been restored to the way it looked originally; no trace of our stay here can be found.

Of course, you had to do that, that's clear. A long time ago Sfath already told me, along with Asket, Semjase and Quetzal, that you people would have to do this once the year 1995 had begun. You, too, told me the same, and I had to promise all of you to keep silent until the time when you would all withdraw from Earth for good. I am familiar with the reason for your withdrawal, but I don't know whether I am allowed to speak of it officially because you told me that it would have to remain a secret for the time being, at least until 1995 when you are all leaving the Earth.

You must continue to keep this secret; do not speak about it under any circumstances. We are only permitted to elaborate to the point as our withdrawal from Earth is linked with the immediate future and related events, in which we are not allowed to interfere in any form so that we may protect and keep close reigns on the secret regarding our own culture and region where we live.

This is tied in also with the fact that some matters are impending. On one hand, we were able to foresee them but, on the other hand, they are the reason for our withdrawal, while events that have been unfolding on Earth for several decades now were part of our assignments. We have fulfilled this task, along with the many others we were obligated to look after, and you have played a very important role in this scenario of making public, worldwide, the so-called UFO phenomenon, as terrestrials have labeled it.

You alone made it possible to promulgate this subject matter worldwide and provoke the controversy to the extent that it is not only religious and pseudo-esoteric sectarians, fanatics, gullible individuals, madmen, etc., who preoccupy themselves with the subject. Finally, for some time now, a great variety of scientists, governmental agencies, military services and governments have also begun to seriously preoccupy themselves with this subject, a fact that could not have been accomplished without your help and great resulting effort.

Actually, alone through your efforts was this successful launching of the worldwide UFO controversy possible, for which we all express our appreciation to you - a recognition you had to really struggle for, when I think of all the harm that came crashing down upon you. And it is irrelevant whether they were health related or associated with the defamations, abusive language, assassination attempts, diatribes of hatred and other things to which we, unfortunately, had to contribute our share, as you know. Had it not been for these occurrences, the UFO controversy would never have come about and scientists, as well as the military and governments, among others, would not have become seriously interested in it. In your defense I am permitted today to speak officially about these matters and the fact that we used special techniques to analyze and evaluate in great detail the movie and photo montages, along with the movie trick photography used by all those bogus and deceitful, purported contactees or UFO observers. We found that their falsified movie and photo material appealed to terrestrial humans, particularly to those so-called UFO experts who call themselves ufologists and the like, and this even includes some well-respected scientists. The absurdity of the falsifications, and the people who believed them, is stunning yet extremely effective. For this reason, we executed maneuvers with our genuinely existing flying objects, e.g., jerky pendulum movements and certain skipping and floating movements, which ordinarily are not a part of our flying objects' normal movements and flight techniques. Instead, they appeared like those ridiculous, abrupt pendulum and strange swaying movements of the manipulated movies and photos by the UFO swindlers, liars and charlatans. The fact that we chose to execute these movement types is based on the reasoning that they, in particular, would result in the worldwide, fierce UFO controversy which resulted in many hardships for you, of course. You were accused of fraud, deceit, charlatanry and, indeed, dishonesty. You were further charged with constructing models and then photographing and filming them. Often we felt very sorry for you, but were unable to change any of this. Only by executing certain flight maneuvers, which you then were able to film, photograph and disseminate throughout the globe, was the worldwide UFO controversy ensured that led to the previously mentioned outcome. In the future, they will also bring about additional and by now urgently needed results. It may be some consolation to you now to know that everything has occurred with the desired and intended outcome, and that you are now the most important person in matters related to contacts with extraterrestrials and UFO affairs - you probably are the most famous personality worldwide in these matters. Of c...

Excuse me, but I am not conceited because of it and can easily do without that.

Your words and resistance were probably inevitable, but they do show that you really have not changed. But I am not finished speaking: It was inevitable, of course, that people would appear who were jealous of you, and others who defrauded and falsified your film and photo material, because they wanted to make you look preposterous and destroy your work. Therefore, they sought to obtain your original films and negatives, which was not particularly difficult to do because of your trusting attitude. Subsequently, this material was copied and recopied over and over, and also falsified through composites and other manipulations to a point where the appearance of trick photography and photo montages was evoked. These underhanded elements used movie footage and photo negatives that had been retouched or marked with lines to give the impression they were threads, ropes, wires or other such suspension accessories. Then these movies and photos were disseminated worldwide while you were handed back falsified "original films" and "original negatives", without you ever having been suspicious or wary, since you fully trusted those who came to cheat and slander you. Nonetheless, even in the early beginnings of your work, there did exist people who truly trusted you and knew you were neither a swindler nor a charlatan, and that you were honest through and through. These individuals also viewed your movies and photos, and recognized the genuineness of the photographic material and your own truthfulness; they were not dissuaded; they supported and greatly assisted you. Among them were many who also suspected that certain elements of the movie footage and photos were either manipulated and falsified by ill-meaning individuals, or that, for very specific reasons, such things as the strange flight maneuvers of our flying objects had been performed to generate doubt, deliberation and this worldwide UFO controversy. They realized that the strange swaying motion and jerky pendulum movements of our flying objects, which you filmed and photographed, were intentionally produced to trigger a particular response in Man's thinking process. These individuals accepted this fact and refrained from allowing themselves to be influenced by defamatory gripers and others; instead, they stayed by you, or within the close or extended circle of your group, acquaintances and friends.

Well, that's how it was, and I thank everyone who has always trusted me. But now it probably is time to thoroughly speak of all those matters you people had not allowed me to talk about until your withdrawal was complete.

Of course. Now you can speak about them. The time has come for us to withdraw as planned. New things manifest themselves for human beings on Earth, and a new era ensues, toward which you and we have done so much to ensure that everything transpires as intended. Above all it was you who flattened the most important paths, and together we have performed and executed our duty. This at least fulfills our task, while yours is still ongoing.

I hope to be able to fulfill my task.

I have no doubts about that.

Normally I do not give in to doubt, but one never knows what may happen unexpectedly.

That is correct of course.

Precisely. - Have you studied the 23 typed pages which you picked up three days ago and brought back yesterday? That is actually what I wanted to discuss with you - whether or not they can be talked about now. In my opinion there need be no objection to this, because you are no longer active on Earth. - Oh, yes, what about your activity as Jshwjsh for Earth; is that redundant now that you have completed your task?

Certainly, for I must turn to other assignments now.

Too bad. So the Earth is without an Jshwjsh now.

That is not quite correct, for there still exist descendants of old "gods" who will make themselves heard. But I am only allowed to report about it to you confidentially, if you are interested.

By all means - let's do it after our official conversation.

So this is how we shall handle it.

Now then, let's get back to my 23 pages. Is everything correct?

I did not notice any mistakes, other than typing errors. One thing that was not quite correct, though, was the chronological order of events; but I assume you did this for a purpose so no specific years and other calculations of time could be gleaned from the data. I, for one, find this very sensible. In some places you repeated yourself, for example, when you advanced the time of an event and then repeated it at the proper place.

Yes, I know that.

Other than that I did not notice anything incorrect.

That's good. Later, when I write down the report, I will add the 23 pages to the text of our conversation.

That is your prerogative. 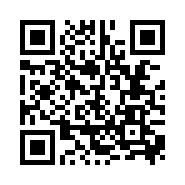