THE ESSENCE OF THE NOTES

A summary of notes written by Eduard "Billy" Meier of his contacts
with extraterrestrial human beings, based on translations published by
Wendelle Stevens

THE ESSENCE OF THE NOTES
Maurice Osborn

Discover other titles by Maurice Osborn at Smashwords.com
Please address all questions, comments, and requests for information to:
Maurice Osborn by sending Emails to: me_osborn@yahoo.com.

This document contains a summary of translated notes that were written by (Billy) Eduard Albert Meier of Switzerland. These notes not only provide detailed descriptions about his initial 76 contacts with extraterrestrial human beings from within our universe, between the dates of January 28, 1975 and May 23, 1977, but also his contacts with extraterrestrial beings from an entirely different universe ever since the age of five, in 1942.

The contacts are ongoing and do not consist of simple dialogue. They contain real arguments, discussions, humor, agreements, and even outright threats. The only official version of the notes written by Mr. Meier of these contacts is presented within several volumes, known as "Plejadisch-plejarische Kontaktgesprache" and these are only available in the German language from FIGU (Freie Interessengemeinschaft fur Grenz-und Geisreswissenschaften und Ufologiestudien [The Free Community of Interests in Fringe and Spiritual Sciences and Ufological Studies]). Their website is: www.figu.org and their mailing address is: FIGU, Semjase Silver Star Center, CH-8495 Schmidrueti ZH, Switzerland. There are some books that have been translated into English , but the correction work progresses very slowly because it is FIGUs directive and task to make sure that the translations are as close to the original German transcripts as possible.

Fortunately, Lt. Col. Wendelle Stevens USAF (Retired) published four hardbound books of the Meier contact notes into English in 1988 through 1995, titled Message From The Pleiades. Currently, they are all out of print. But, they are now available on computer CD compact disks at: UFO Photo Archives, P.O. Box 17206, Tucson, AZ 85731, U.S.A.

Mr. Stevens explained that the translation process occurred in two basic steps of translating written information from one language to another. The first is transliteration; changing the words. The second is interpretation or re-phrasing of the converted words to most accurately express the original idea in proper form in the new language. The second step was more troublesome. He writes that a Christian, a student of Theosophy, and a University scholar all created different translations that conformed to their own personal perspectives.

Mr. Stevens further explained in his books that the actual translation was made by a young German college student who spent a great deal of time at the Meier home, living with them and observing the various witnesses in their daily lives, and seeking very careful explanations. Although the translations were not personally reviewed or approved by Eduard Meier, he did not forbid Wendelle from publishing them either.

Unfortunately, these translations are difficult to read, contain inaccuracies, and have many omissions. But, they represent the best translations into English that are available to date. Another problem is that the notes represent dialogues involving topics that are presented in no particular order at all and there is no index provided. It has been thirty years since the notes were first made public and only a few of the contact notes have ever been translated by FIGU and officially released to the public.

It is important to consider that, historically, there have been misinterpretations, revisions, omissions, etc. of important information intended for earth people that ended up corrupted and turned into religions, which further falsified and distorted the original meaning and intention. The information presented in this document represents a true and accurate summation of the contact notes, as presented in Wendelle Stevens first three books, without any biases or desires to change the content to any preconceived notions. The only things omitted are inconsequential interactive dialogues between the individuals involved and the reader is encouraged to review the contact notes in their original sequences for that information. The reader is also encouraged to verify the accuracy of this document and to notify the author of any inaccuracies, which will be confirmed and expediently corrected.

The information within the contact notes has been reorganized in this document for easy access to specific topics. However, a table of contents for the original notes is also included in the appendix, which indicates where to find the related information within this document. Each portion of the notes within every subsection is prefaced with a line that indicates the original contact number, reference numbers and heading. Each portion is generally presented in the same order that it appeared in the original notes. However, some portions are presented out of sequence in order to keep all related information together and maintain an easy-to-read format.

The extraterrestrial beings that Mr. Meier has had contact with since 1975 have indicated that they are from an area of space where there is a cluster of seven stars known as the Pleiades within the Taurus Constellation. It is 420 light years from Earth and can be seen with the naked eye on a clear night. However, these extraterrestrial beings are actually from another space and time configuration, 80 light years beyond the Pleiades, known as the Pleja System (pronounced play-ya). The central star there is known as Tayget. It is orbited by 10 planets. Four are inhabited and one of them is the home world of the human beings that have contacted Mr. Meier and it is named Erra. These beings refer to themselves as Plejaren (pronounced play-ar-en) in relation to the Plejaren system where they are from.

The reader is likely to find much of this information to be shocking, enlightening, and rather disturbing. Only by reviewing this material with a dispassionate, discerning, and open mind, will the reader obtain the most benefit from this information. 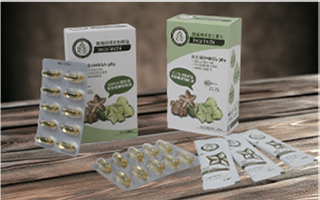 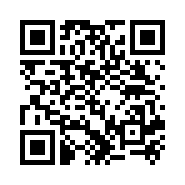