In ancient times, men and women were equal regarding their capability and energy to live, fight and do other things. Hence, there was neither a distinction between men and women in those aspects nor in their work sites or types of tasks they performed, although men relieved the physically weaker women at strenuous chores. Women and men were equal in every way without there being any discrimination whatsoever between the sexes, as long as biological differences and related details, which were, of course, considered and observed even in Ur-times. Even then, therefore, women were mainly responsible for maternal duties and household tasks when they were married with offspring.

If this did not apply, women performed the identical tasks as the men. Both women and men held government posts; male staff members were incorporated into the team to the extent that men and women always governed in equal numbers and shouldered responsibilities together. Therefore neither one man nor one woman controlled the government. The people themselves possessed the right to speak up and join in the decision making process for all concerns, resolutions, edicts and laws, etc.

As previously explained, the two planets Mars and Malona/Phaeton in the SOL system were suitable for habitation by the refugees, the genetically-manipulated peoples. Planet Earth was still quite inhospitable at the time since its atmosphere was somewhat unhealthy for human life forms from the Sirius regions. Consequently, only those fallible, genetically-manipulated individuals were deported to Earth who had aggressively and viciously risen against their own confederates. Five remnant races fled to Mars from the Sirius regions, while two other races embarked in direction of the sun on the opposite side of the galaxy, as explained previously. The five races fleeing to Mars and Malona/Phaeton were joined by two other creator-overlord races. These two other races had not yet been genetically-manipulated, of course, and had no changes made to their DNAs.

They were the benefactors who identified favorably with the genetically-manipulated people, and they assisted them in their escape. Their origins are traced to two different overpopulated planets in the Sirius regions where everyone was prohibited from procreating. As a result, every child born was murdered and the offending parents were sterilized and banished.

The exodus of the genetically-manipulated refugees from the Sirius regions took place over an extended period of many thousands of years, and they were constantly hounded by their pursuers until they finally found an appropriate hideaway in the SOL system, far from their pursuers' reach and sight. A similar fate awaited the other two refugee groups who settled beyond in the galaxy. Indeed, both refugee groups experienced harassment during their many years of flight, which most of them spent in spaceships as they travelled through the galaxy.

During their travels revolutions and power struggles broke out and, as a consequence, the genetically-manipulated peoples lost not only all of their previously accumulated knowledge, but also the evidence of their ancestral heritage. Appalling dramas befell them and led to cannibalism throughout all of their spaceships. As a result, the ancestral indications of the genetically-manipulated peoples, the future terrestrial humans, was lost. This knowledge consisted also of information regarding the Creational-natural laws and directives, among other things. Great confusion ensued that led to further problems in face of the knowledge about the dangers of their pursuit; this knowledge was passed down from one generation to the next.

The genetically manipulated peoples, along with their benefactors, the "traitor" "creator-overlords" who eventually settled on Mars and Malona, ultimately developed into a notable technological culture. Unfortunately, they were not able to protect themselves sufficiently and one day were forced to flee from the planets. Their scientists discovered that the SOL system was cosmically much more perilous than they had originally anticipated. Many comets, roaming planets, meteors and other perils repeatedly endangered the two newly inhabited planets Mars and Malona/Phaeton. Several of these space intersectors plunged upon the planets, causing immense damage and taking numerous human lives. In the process, a large roaming planet was discovered that had an unusually long rotation period and an orbit that projected it far beyond the outermost planets of the solar system.

According to the astronomers' calculations, this large celestial body threatened to collide with the planet Mars, or to ravage it to a point where all planetary life, including all floral, faunal and human life, would be completely destroyed and annihilated in the wake of a near collision. The genetically-manipulated people, or rather their distant descendants, made the decision to abandon their place of exile. Even these distant descendants were aware of their situation as one of exile, for they remained cognizant of the danger of being pursued, albeit in a much vaguer form. As a result, they were incapable of defining the origin of their peril any longer.

The threatening wandering planet in the past, over a long period, had caused a great deal of destruction and wreaked great havoc in the SOL system. According to details formerly presented by Sfath, this celestial body named the "Destroyer" had previously caused the most horrifying destruction on their homeworlds in days gone by, before it streaked through space on its unpredictable course. The "Destroyer" ensconced itself in the SOL system where it also wreaked much havoc. Over time it decreased its orbiting period to an average of 575.5 years; however, the Pleiadians/Plejarans have since increased this interval again.

As a result, the "Destroyer" will again appear in the SOL system in about 1180 years. The Pleiadians/Plejarans were unable to completely knock the planet off course, as they had planned; nonetheless, they did change the Destroyer's orbiting period and rotation time in such a way that it presents no longer any danger - at least for the time being. Normally, the planet would have returned in the year 2255 with devastating, destructive results. The High Council failed to give the Pleiadians/Plejarans permission to offset the wandering "Destroyer's" course by any other means or to destroy it, and it requested the Pleiadians/Plejarans refrain from doing so as the Destroyer's obliteration, or a change of its course, would have generated an even greater destruction and possibly even affected the Earth.

As they completed the details for their emigration opportunities, a dispute again erupted among the distant descendants of the genetically-altered people who had, of course, inherited the genetic manipulations from their ancestors. A decisive factor in the erupting disputes proved largely to come from the new teachings presented by the benefactors. The teachings stated that the benefactors were the creators of the genetically-manipulated individuals or, rather, their distant descendants, and that they, the creators, must be awarded absolute obedience and worship. Most benefactors claimed to be the highest exalted beings -- the creators and makers.

However, these opinions and demands were not shared by all benefactors and, subsequently, two camps formed: One camp consisted of the purported creators, and the other of those who retained their prevailing benevolent attitude, who distanced themselves from this "creatorism". A dispute resulted not only among these two camps but also among the faithful within the two parties, their followers. Ultimately, the antagonists reached an agreement whereby those who wanted to do so departed from planet Mars in the direction of Earth and Malona. Subsequently, many people from both camps grouped together to emigrate jointly, some of whom travelled to the planet Malona/Phaeton and the others to Earth. The emigration group leader to Malona/Phaeton was called Zenteka, whose wife (Amalaka) concurred with him.

The earthbound group also had two emigration leaders who were brothers called Semos and Passas. The atmosphere on Malona was safe and healthy for the emigrants and the peoples already inhabiting it. It was somewhat like the air on Mars and similar to the air the descendants of the genetically-manipulated peoples had become accustomed to over many millennia in their spaceships. Unfortunately, the same could not be said about the air on Earth. Pragmatic modifications were therefore required for future emigrants who wanted to live on Earth.

For this reason, the same purposeful adjustments ensued that had previously been effected when the degenerates were exiled to Earth: At that time and before they were deported to Earth, the exiled individuals were forced to adapt to the terrestrial atmosphere, and their skeletal frame required further stabilization, among other things. Those individuals willing to emigrate from Mars to Earth now had to undergo the same remedial procedures so that they would be capable of establishing themselves on this planet.

Everything transpired as the scientists had formerly predicted: The "Destroyer" penetrated the Martian orbit and wrenched Mars with it into another SOL orbit, namely that of Malona, where it remained. Subsequently, Malona drifted away, however, because of the Destroyer's powerful forces, but managed to exist in this orbit until the time when it was destroyed by its inhabitants many millennia later, and became the Asteroid Belt. During this "drifting catastrophe", the inhabitants of Malona were decimated from approximately 470 million humans to barely 14 million; however, they were able to recover somewhat and by the time they destroyed their planet, their population had increased again to approximately 52 million.

The refugees on Earth lost contact with the people on Malona and Mars, which became completely desolate and its remaining inhabitants perished. Individuals from the benefactor group who previously had demanded that they be exalted and worshipped, fiercely spread their false teachings and never again allowed the well-disposed benefactors to gain any power. In this manner, the "creator-overlords" were then capable of putting on the airs of terrestrial Man's creators, rising to power and spreading their insane religious doctrines which, however, contained an absolutely novel yet equally false history of humankind's origin, history and belief. Its purpose was to definitively destroy and lose all data of mankind's true descent in the event that someone else would attempt to secretly glean the information from somewhere.

Of course, the true benefactors did not allow this occur. They fought back by inventing their own religious creeds and disseminating them among the now numerous terrestrial human beings. They were hoping that through their new belief system, humans would learn to search for the genuine truth, to grasp and comprehend everything that is truly Creational and natural - and they envisioned their situation turning to the better. To this end, the true benefactors coined the phrase: "The teachings shall be produced for the human beings on Earth, so that they may destroy the impurity and degeneration within their abused bodies."

However, in these teachings, as in the teachings by the "creator-overlords", there lay the secret hope that these various philosophies of faith and religious doctrines would form a monumental hindrance, whereby the distant descendants of the genetically-manipulated peoples would limit the size of their population to tolerable and responsible numbers. An alternate motive behind this was that the manipulated people's descendants would neither rise against the "creator-overlords" nor the still benevolent benefactors in order to gain control over them, among other things. The benefactors did not want the descendants to prematurely evolve to the point where the descendants had the capability to fly once more into space with the help of a too rapidly expanding, too highly developed technology, and where they would find their previous homeworlds such as Mars and the planets in the Sirius region. 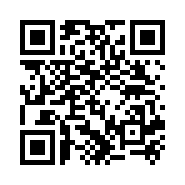