Rob - Corey do you have any comments on Cobra’s questions, answers I mean.

Corey - It’s going to be part of the ___that we’re releasing. ___ had requested a after she had had the meeting out in the Kuiper belt she had requested a meeting with the secret federation and the purpose of this meeting was all of the groups that are similar just not long after the time of Mohammad had signed this accord or agreement about open contact or appearing openly with humanity. It was to allow us to develop on our own __ and do things from the back-ground, you know, and contact people and kind of secretly. I don’t know all the details of this accord but it’s pretty binding ___ skirmished they had. This is something that they want to re-visit and make some amendments to because some of these inner earth groups want to start making more appearances on the surface and this is a meeting that has been granted and they’re going to be coming up very soon.

Rob - Cobra, do you have any comments on Corey’s intel there.

Corey - The Dracos and other negative groups have signed this accord as well. This will be one of the thickest parts. This next meeting will not only have representatives from the secret federation but it will have representatives from some of the negative groups there as well which is going to be a type of meeting that has not happened since the accords were set up and signed.

COBRA - Yes, but the Dracos never negotiated. They just want to have their own ways.

Corey - Yes, I’ve seen them negotiate quite a bit, but they negotiate out of the side of their mouth.

Rob - So this is a question for Corey and this has been something that I’ve had questions about. You mentioned the Anchara Alliance as if they are the only Agarthan network and they seem to be, have been negative and you have indicated in one of your later, not the last, but one of your later posts that they were taken to the Kuiper belt and scolded by the triangle head and you have stated that 4 of them have agreed that they that their chiding was deserved and they have agreed to go into a more positive relationship with humanity and that 3 of them reversed. You have told me that the Omegans were one of them. Are these the only . . . .

Corey - We need to get this straight. You keep putting the negative stamp where it doesn’t belong. It’s a point of view thing. (OK) These groups aren’t negative, they are in a hostile land trying to survive but at the same time they’re delivering positive information that could go up albeit in a deceptive way.

From their point of view you have to understand they are trying to protect themselves from people from the surface that have the ability to attack them and kill them, so they’re living in a very, . . .things are not as cut and dry as a lot of people would like to say in the Ufology community. It’s a very wild paradigm that they are living in that all these groups are living in. They have a very strange political environment that they are trying to survive in especially the ones who have their embassies here or spend all of their time in the solar system. Because as Cobra said, this solar system is a very dangerous place. (Right) Not only are these dark entities very dangerous but us as a people are in the same ___we’re very dangerous as well. 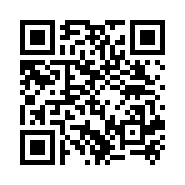